DYNAMIC WOMEN SPEAKERS  AT THE HOUSE OF LORDS.
‘A Woman’s Right to Know’

Top women’s organisation, the British Federation of Women Graduates’, annual seminar, held in the magnificent House of Lords building, brought vital issues of our times to the forefront. The packed assembly was enthralled by the ground breaking women speakers, who are all pioneering leaders in their field.

The seminar was opened by the BFWG’s President Jenny Morley BSc (Hon), with an introduction highlighting ‘A Woman’s Right to Know’, keynotes being, education for empowerment and leadership, which also reflects, the International Federation of University Women’s Programme for Action.

This was followed by a welcoming address by the BFWG sponsor, Baroness Randerson of Roath Park, Parliamentary Under Secretary of State for Wales and Welsh Liberal Democrat member of the House of Lords. Baroness Randerson emphasised the urgent need for the implementation of the proposed Modern Slavery Bill, announced in August, by Home Secretary, Theresa May, in order to tighten laws on human trafficking, both across borders, and in Britain. 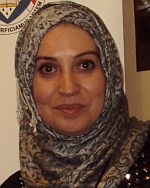 Dr Shuruq Naguib, was the first guest speaker of the day. Lecturer in Islamic studies at the University of Lancaster, currently teaching Classical and modern Islam, affiliated to the Centre of Gender and Women’s studies, having been awarded a scholarship from the BFWG, to further the attainment of her academic qualifications. Dr.Naguib’s talk revealed important aspects regarding women of the Islamic religion, including assessments of Islamic opinions pertaining to the wearing of Islamic women’s veils, informing the assembly that, according to some contemporary Islamic scholars, the veil was a pre-Islamic custom, which was later absorbed into Islamic practise. Muslim women themselves, who now choose to use a Veil, Niqab or Burqa, wear them with spiritual intention, believing that it will invoke god to be closer to them, separating them to a more exclusive position within the Islamic religion. However, there is a danger in this encouraging a supremacist stance against other Muslim women, which undermines key Islamic values, and could alienate Muslims from each other and from others in society, adding, that even the code of modest dress for women on a holy pilgrimage and during prayers, is that their face should not be covered. Early on in Islam, women taught men religious knowledge, including prominent key male figures in Islam’s hierarchy. Women produced religious rulings like men did, but in the late pre-modern period, their participation became more limited.  Recently, after much campaigning, some Islamic countries have launched official programmes to train women to become religious scholars. Dr. Naguib hopes that the benefit of Islamic studies for all will help enrich wider British education.

The Second guest speaker, Sian West, Associate Lecturer in Criminology, University of Kent, MA in Applied Criminology, with over thirty years experience in the Prison Service, was Governor of three major prisons and helped to introduce the Restorative Justice scheme. This scheme’s approach to offender and victim rehabilitation focuses on the personal needs of the victim and their community. Offenders take responsibility for their actions, making reparation for the harm they have done, tailored to the needs of both victim and community, often offenders meeting face to face with their victim. Restorative Justice has proven very successful in helping to re-establish victim and community morale, whilst considerably reducing reoffending rates. This approach can be a valuable alternative to a custodial sentence, being considerably more cost efficient and much more effective at stopping further criminal behaviour. Sian West continues researching into Restorative Justice benefits, as well as campaigning for nationwide availability of the scheme for all who seek it

Nowhere in Western Europe jails more of its population than England and Wales, according to Prison Service statistics. Our prisons are horrendously overcrowded, to the point where Dickensian methods of incarceration have been employed, such as prison ships. A successful form of alternative to custody, that also prevents crime, was welcomed by members of the assembly. Her talk is available here. 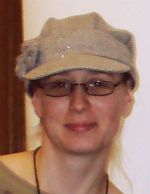 The day’s final guest speaker, Dr. Claire Hardaker, Lecturer in Corpus Linguistics, University of Lancaster, researching internet aggression, manipulation and deception, spoke of the growing dangers of cyber crimes, such as cyber bullying. The menacing, harassing and persecution, mostly of children and teenagers, via the internet or mobile phone, has become very prevalent as youngsters are now so dependent on electronic communication. Many incidents of teenage suicide are due to this form of intimidation. Use of electronic communication has rapidly increased and suicide rates of teenagers have soared in recent years, sadly, suicide is the most common cause of death after accidents, in young people, according to the Office for National Statistics.  We were told cyber stalking goes far beyond cyber bullying, in terms of motivation and tactics, with perpetrators usually having an obsession for their target, frequently grooming them with intent for personal harm. Alarmingly, it is possible for cyber stalkers to easily find their prey’s address, via embedded information in most digital photographs that youngsters, or others, may innocently put on to the internet, giving anyone the GPS location of where the photograph was taken. Facebook and Twitter remove this information from photographs, but thousands of other websites do not. The laws governing cyber crime are outdated, weak and hard to implement, monitoring is woefully inadequate and apprehending perpetrators difficult. Dr. Hardaker continues to campaign for tighter controls, enforceable legal protection, awareness through education for parents, teachers and young people, whilst also encouraging websites who make millions of pounds in profit, to behave honourably and put into action minimum basic safety standards for their users protection.  Her talk is available here.

The British Federation of Woman Graduates is the voice of women graduates and communicates its views to the government via the annual Westminster seminar and by lobbying their MPs after resolutions are adopted at the BFWG AGM. Established in 1907, it is an organisation of women degree graduates or equivalent qualifications, working to promote women’s opportunities in education and public life. They wish to foster local, national and international friendship and improve the lives of woman and girls worldwide. www.bfwg.org.uk.  For further information on the International Federation of University Woman’s Action Plan, go to www.ifuw.org

Jennifer Alexander
from the Society of Women Writers and Journalists (SWWJ)