On 14th November, members of BFWG gathered from across the country to attend the Westminster Seminar sponsored this year by Baroness Hazel Byford DBE.

The BFWG President welcomed everyone and introduced the Baroness who was involved for many years with the WRVS (Women’s Royal Voluntary Service) and was also lay canon at Leicester Cathedral, Master of the Worshipful Company of Farmers and a member of the House of Lords since 1996. Baroness Byford lives in Leicester and has four honorary degrees, but she left school at 16 and now is often asked which University she attended – to which she replies, ‘The University of Life’. When giving us background about how the House of Lords works, she mentioned that you cannot work in an empty house and stressed the importance of ‘living in the real world’. She feels that Food, Farming and Rural Affairs must have flexibility. 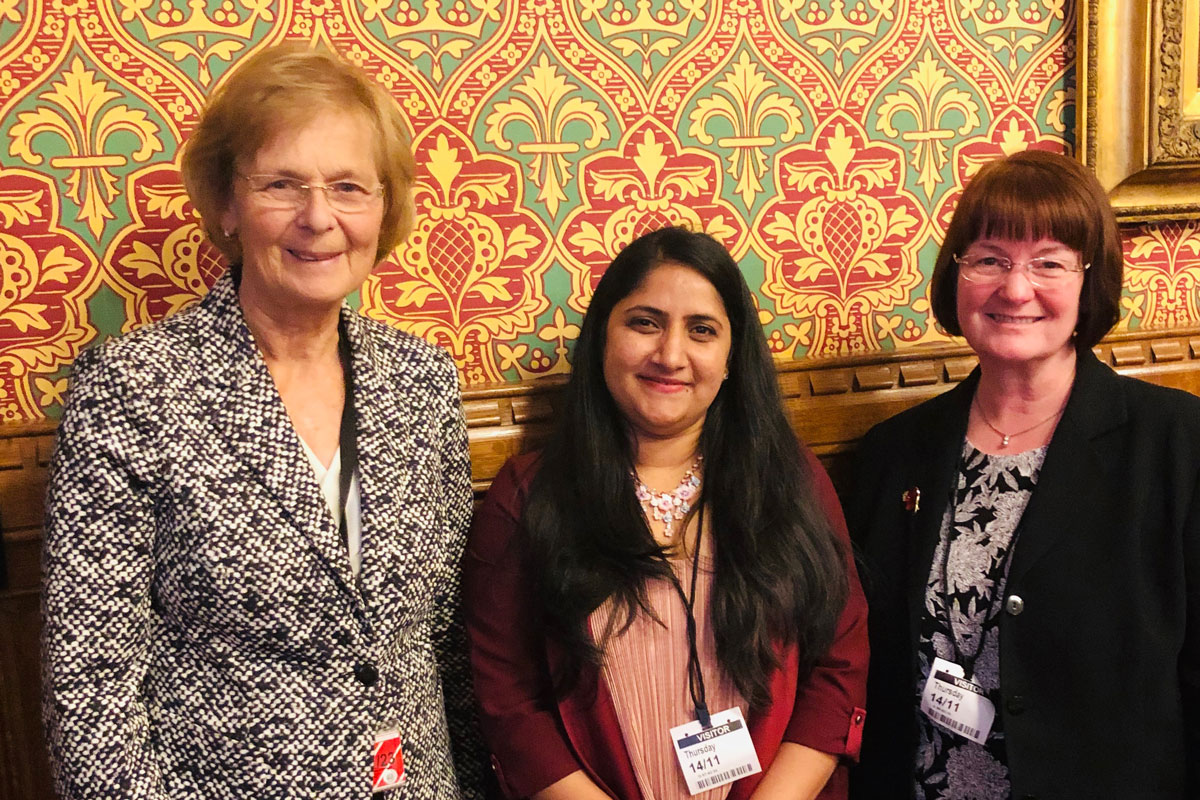 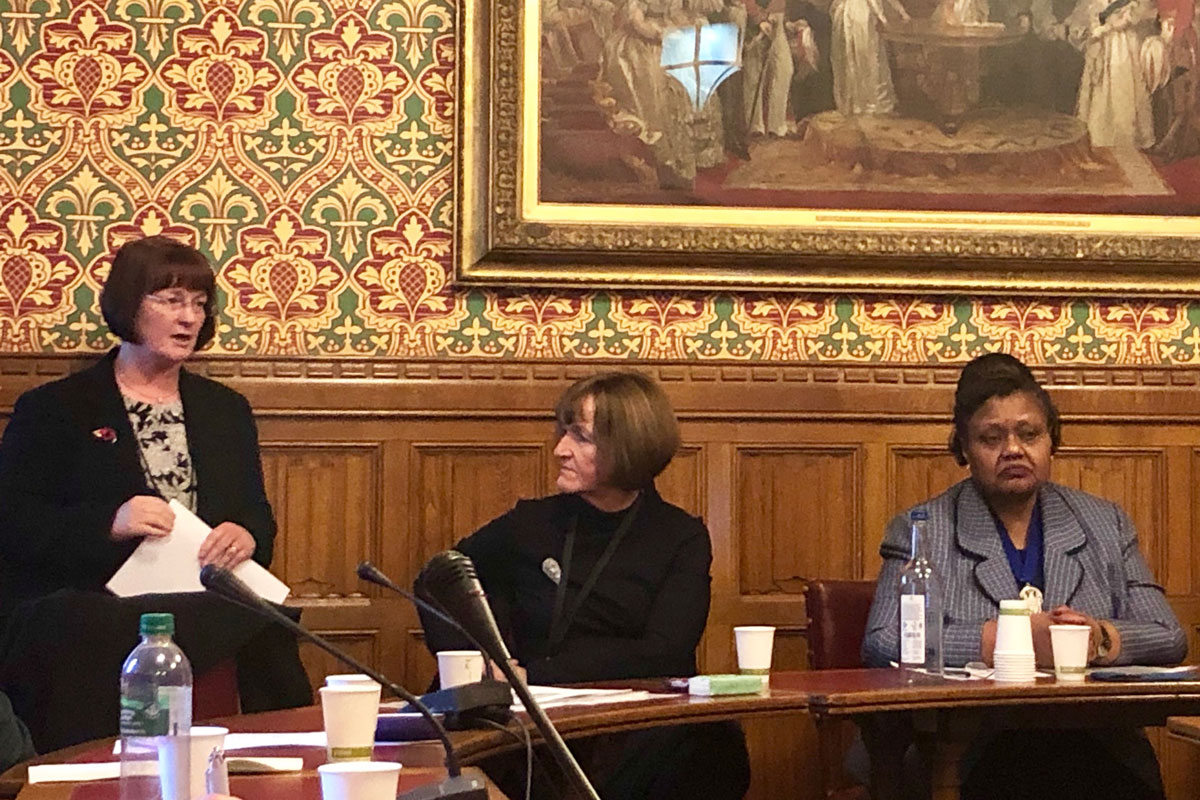 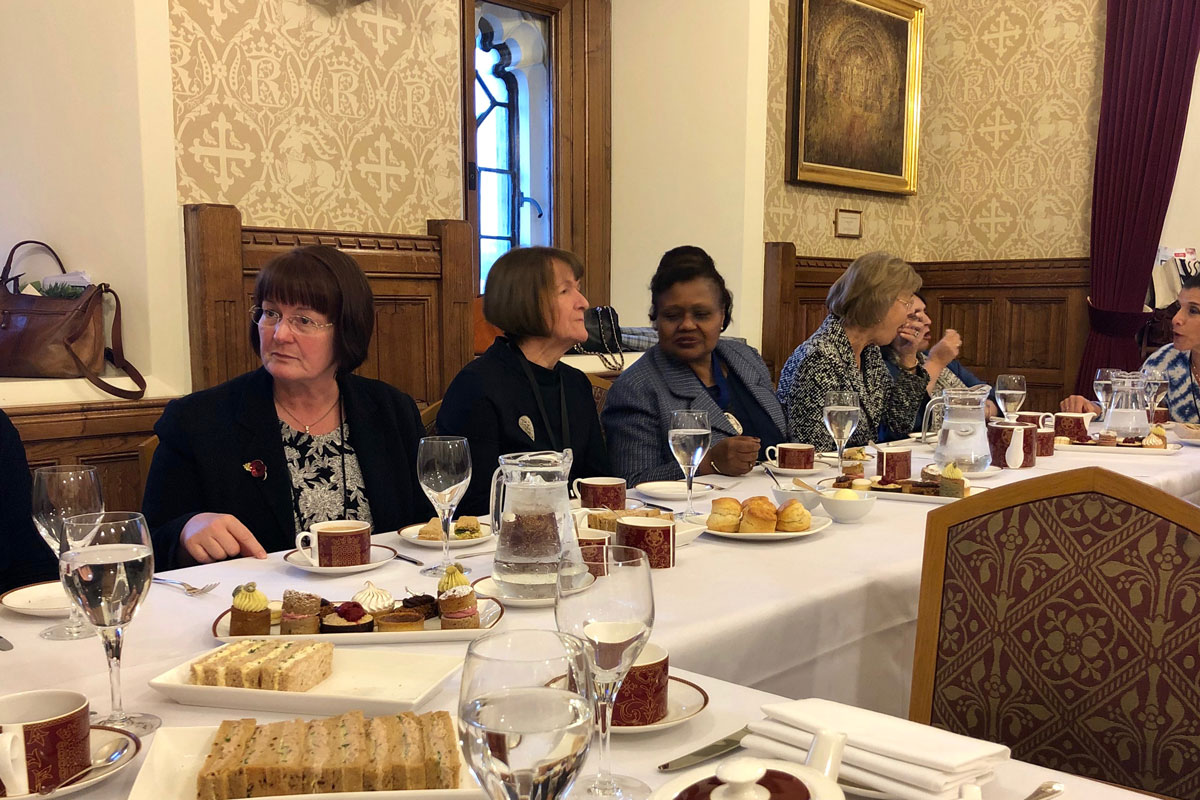 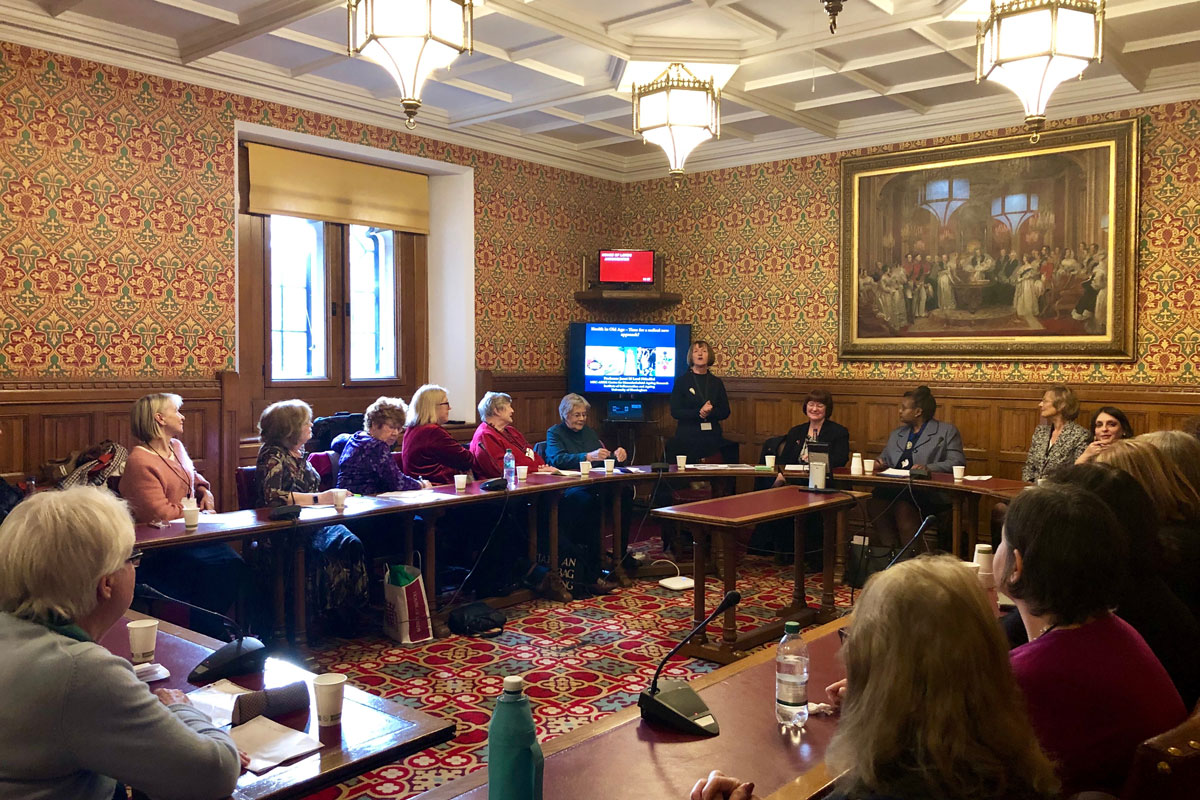 Professor of Immune Cell Biology, Janet Lord’s department is based in the Queen Elizabeth Hospital Birmingham. She is a scientist working closely with medical doctors. The hospital is a paperless hospital (an iPad at the end of the bed) and it has 650 volunteers. Speaking about how life expectancy has changed and showing us many wonderful slides and statistics, she mentioned that in 1917, George V sent out nine congratulatory cards to people celebrating 100 years of age. Now the Queen will send over 13000 such letters. However, health span is less than life span. In targeting some of the issues around ageing, research indicates that we need to eat less and exercise more. In Okinawa (the longest-living community in the world) people believe in leaving the table slightly hungry. As you get older leg strength is important because you lose muscle mass. Trials into this are going on at present with 125 cyclists. Research has shown that statins can help with the fight against an increase in inflammation which is one factor in the ageing process. Further trials across the world have to be carried out but there has been success with reversing the ageing process to some degree, using drugs already known.

Councillor Janet Clowes from Cheshire East Health and Well-being Board, spoke about the importance of improving health and the NHS England Long Term Plan, a five-year plan based on a joint health and well-being strategy with an integrated care system. She mentioned the social determinants of health: individual lifestyle, social and community lifestyles, living and working conditions, and general socio-economic surroundings. Income is also a factor along with cultural and environmental conditions. Social isolation can have a bad impact on your life. Janet spoke about having to assess need, not want, and produced a map nicknamed a ‘tartan rug’ which was an evidence based public health indicator as to where the differing areas of need were. This helped with conversations and decision making with their partners.

Both the speakers took many questions from the floor. The vote of thanks was given by BFWG VP Carrie de Silva. Baroness Byford and the speakers joined with members for afternoon tea in the Attlee Room with a view of the Thames from one of the windows.