Our vision is to build a better life for women in and through education. It is now over a century since BFWG (formerly known as BFUW (The British Federation of University Women)) first offered scholarships to support women in higher education in the UK. Today, together with our affiliate FfWG (Funds for Women Graduates,) we are now considered to be one of the major British donors in this sector.

Present membership of BFWG includes membership of GWI (Graduate Women International) and UWE (University Women of Europe) plus representation at the 6-0 Group which consists of the six leading women's groups in the UK.

Through these organisations, members have influence and advocacy rights on relevant policy at top level in the UN, The European Women's Lobby and The Council of Europe and British Government.

As the only multi-disciplinary graduate organisation in Britain we have independent and local association members in all parts of the country, making a difference to society locally and nationally.

We have been established for over 100 years and have played a significant role in enabling academic women to win jobs and achieve parity in British further education establishments.

The distinguished campaigner Eleanor Rathbone was one of our founders. Members ( with degrees or equivalent) join to make a contribution in continuing this work.

By mixing with like-minded people members find friends and mentors and learn from the experience of others. We have a London office where national events are held plus a network of local associations which organise regular events.

BFWG is the voice of women graduates in England.

It promotes the necessity of education for women and girls globally and supports a number of initiatives overseas. It provides money for Ph.D students in their third year at British institutions.

It is a lively forum for the interchange of ideas and a pressure group which is listened to at national and international level.

We are affiliated to Graduate Women International (GWI) and University Women of Europe (UWE). 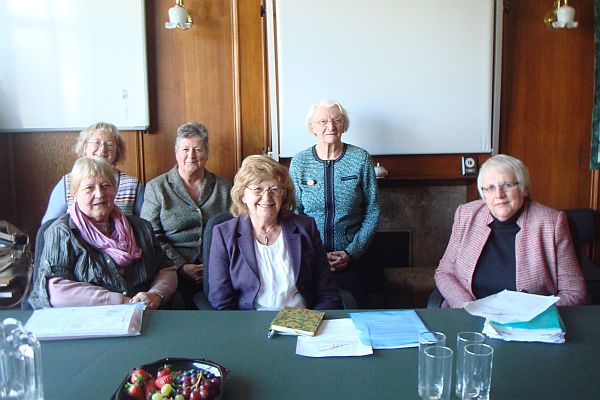 Where are we going?

We recognise that young women today are highly pressured but we need them to help reshape and grow BFWG - hence an initiative to support women graduate groups in universities.

While many historical objectives (eg low pay) have been largely achieved there are still areas where women experience barriers and where their own efforts to surmount these are frustrated. We are a helpful source of information for our members.

We are focussed on retaining our global reach as this refreshes our views, maintains our influence and enables us to help our members needing international connections.