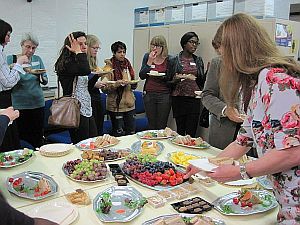 Our very successful Research Presentations Day this year  attracted an audience of 40 people consisting of a group of enthusiastic PhD student observers, graduates already in employment members and 8 competitors. The standard of presentations was higher than ever with all students availing themselves of the advances in technology to put their case across clearly and comprehensively.  Conversations with students over a very agreeable lunch, set out in style by Sally Johnson, revealed  a unanimous interest in networking with other graduates.  There emerged a need for help with presentations and voice projection,interdisciplinary friendship, learning from the expertise of successful graduates, more events on Saturdays and appreciating more about our history.  The judges had a difficult decision to make.

Finally after much deliberation, the prize of £100 was awarded to Isabel Diez-Sevilla from the University of Oxford.  The title of Isabel’s presentation was Investigating the role of macrophages in red blood cell production. 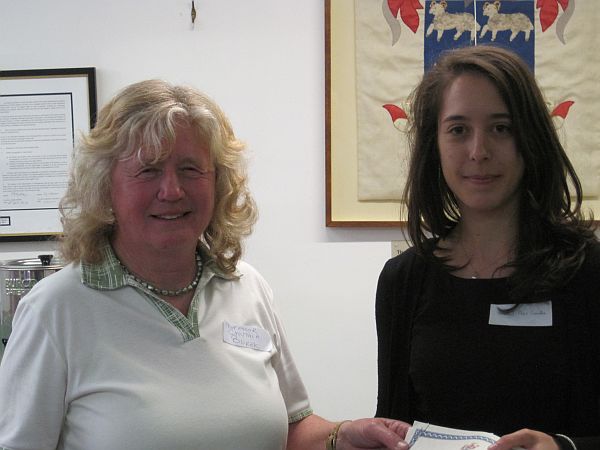 We learned that these studies could potentially aid in the future treatment of a variety of disorders involving aberrant red cell production.  The student who came a close second to Isabel was Emily Baines from the Guildhall School of Music and Drama, London.  Emily explained that mechanical musical instruments (barrel organs,musical boxes e.t.c.) provide as much information, if not more than textual sources about what constituted a “tasteful” performance in the eighteenth century.  Emily’s presentation was interspersed with practical examples.

The day can only be termed a most fascinating experience for anyone interested in the current extensive and wide ranging contributions our young people are making at their universities.  We would like to thank Elizabeth Poskitt, Susan Miles and Christel Moor who undertook to read and evaluate the increased number of submissions this year.  A well organised and fruitful event giving all attendees a brief and unique insight into the current world of research and development. 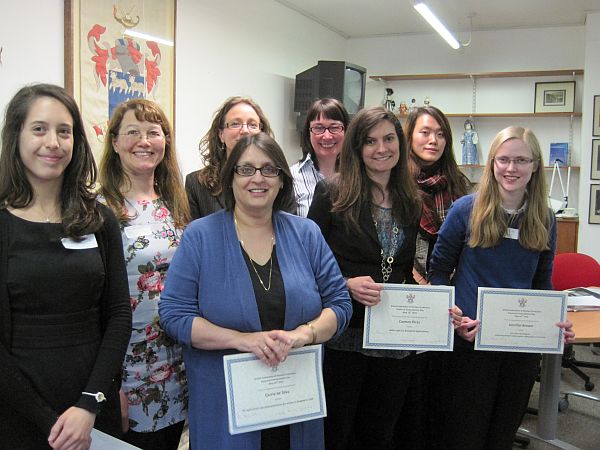 Ruth Price-Mohr           University of York
Comparing vocabulary and teaching methods as a reading scheme: results from an efficacy trial