A group of 17, including 2 husbands, travelled to Strasbourg, 14 by train and 3 by air, for the purpose of visiting 3 European institutions, the European Court of Human Rights, the Council of Europe and the European Parliament. Accommodation had been booked at the Hotel Mercure, Palais des Congres, situated only two or three tram stops away from where these institutions had been built after the end of World War 2. Dating from 1949 onwards they lie close to the border with Germany and these iconic buildings, all designed by famous architects, were intended to symbolise the pivotal role of the newly- formed EU in international affairs. 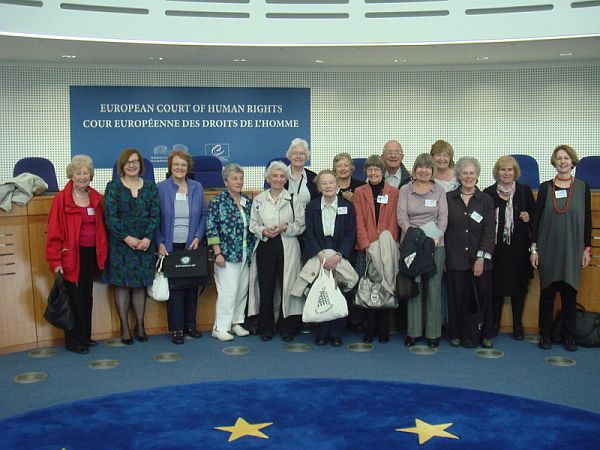 The visit to the European Court of Human Rights took place on our first morning. Here we were shown a film about the Court ‘The Conscience of Europe’ which was followed by a presentation on the role and work of the Court by a lawyer at the Court’s Registry. We learned that the Court deals mainly with cases brought by private citizens against their particular State.  These total around 70,000 per year, with about 150,000 cases pending, and are dealt with by 650 staff, speaking all European languages, 50% of whom are lawyers. 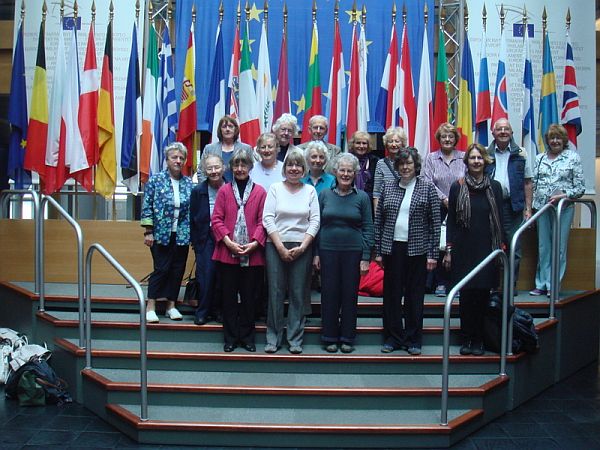 After lunch in a nearby restaurant we presented ourselves at the Council of Europe which was the first of the European bodies to be founded in 1949, primarily as a discussion centre, producing recommendations for future legislation. Here we were taken to the Debating Chamber (not in use at the time). 47 European states are represented and since 1993 these include the post-Communist countries of Eastern Europe with Belarus being the one exception. They meet 4 times a year, at an annual cost of 200 million Euros, with small states entitled to 2 delegates, larger states up to 18. They must represent the political parties of their country and include at least one woman.  Delegates sit in alphabetical order based on the name of their country, not in political groups. No financial matters are discussed. All debates are open to the public and since 2011 there is electronic voting. The visit to the Chamber was followed by a lecture on ‘The Role of the Council of Europe in the European Political Landscape’. The question and answer session centred mainly on the recent problems in the Crimea during which it was emphasised that these can only be resolved by dialogue. Simply voting in an election would not produce a solution and passing laws was not enough. They must be implemented. 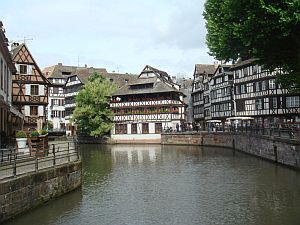 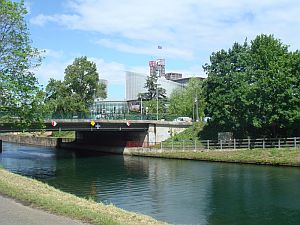 The second day of our visit to Strasbourg began with a 2-hour guided sightseeing tour of the old city centre starting with the Gothic Cathedral of Notre Dame, constructed out of sandstone and at one time the world’s tallest building. The interior impresses with its cross-ribbed vaulting, huge rose window and astronomical clock. The Grand Ile, which lies close by, with its narrow cobbled streets and brightly – coloured, half-timbered houses, is surrounded by canals, crossed by numerous bridges, and known locally as ‘Little Venice’. It is now a UNESCO World Heritage Site. After lunching in a traditional restaurant on the local ‘tarte flambee’ we took the tram to the European Parliament building for our final visit.
The European Parliament meets here for plenary sessions once a month, transferring everything from Brussels, its main headquarters, and back again. There are 20 Parliamentary committees with agendas set by a consensus between the leaders of the political groups. Voting is mainly by a show of hands. There are 766 members from the 28 countries who are currently members of the EU, based on population size, and there are 8 different party groups. They are responsible for the budget and the adoption of legislation. According to the Lisbon Treaty the President Elect must reflect the majority of the Parliament.  In addition to the Parliament there is the European Commission consisting of 28 Commissioners who are the guardians of the various treaties, and above them the European Council, consisting of heads of government, responsible for ‘strategic orientation’. 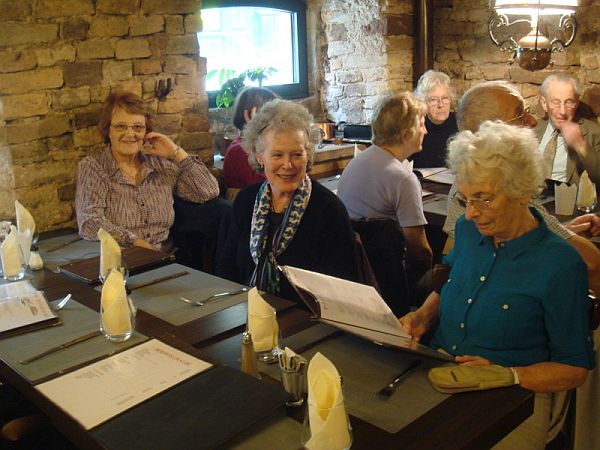 On a lighter note, there was time every evening for socialising and dining out either at restaurants close to the hotel, in the city centre, reached easily by tram, or in the hotel itself and some even found the time and energy to do a boat tour of the canals.