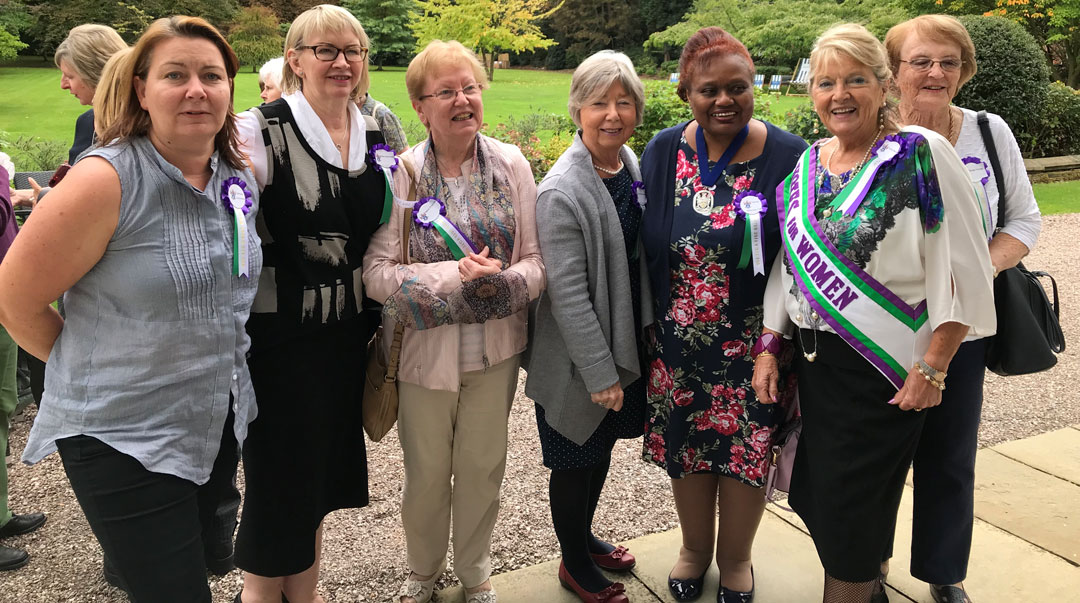 On 22nd September fifty Members of UWE (University Women of Europe) and accompanying husbands met at Chancellors
Hotel, Manchester University to celebrate 💯 years of (some) women voting in the UK (& 90 years of all women getting the vote).

The Seminar, Chaired by CIR Jenny Morley, began with ‘Battles for the Vote’. Jonathan Schoffield, former lawyer now author and Blue Badge guide, took us on the historical journey of Manchester which was at the centre of the national struggle for general enfranchisement.

There was a coalition of working class and middle class women. The Manchester Guardian was the  newspaper leading on this: their motto ‘Well to be frank better to be fair ‘

Next was Carrie de Silva, Principal Lecturer at Harper Adams University and Vice President of  the British Federation. She talked on ‘People and Property ‘ including the story of the first woman chartered surveyor. The Sex Disqualification (Removal ) Act 1919 swiftly followed the start of Women’s  Suffrage and made it possible for women to enter more roles in the professions previously closed to them.

After a buffet lunch, which provided an opportunity for networking we heard Dr Lauren Arrington, Head of the Institute of Irish Studies at the University of Liverpool on ‘Lessons from the first wave ‘. She gave a long view of the #MeToo movement and the intersectional Feminist discourse where women across the social divides of wealth and position acted in co-operation in the Suffrage movement.

On the Sunday morning a large group were able to visit the Pankhurst Museum sited at their original home.