University signs Memorandum of Understanding with the British Federation of Women Graduates.

A Memorandum of Understanding has been signed between the University of Chester and the British Federation of Women Graduates (BFWG).

On Wednesday, April 16, 2014, the University’s Vice-Chancellor, Professor Tim Wheeler, met with Jenny Morley, President of the BWFG, at a celebratory event to mark this historic occasion.

This is the first time that the BFWG, which is part of the much wider International Federation of University Women, has linked formally with a university.

As part of this special relationship, the University and BFWG will explore the potential of working together in the following areas:
•    Developments in learning and teaching enhancement;
•    Development and sharing of publications and other materials of common interest;
•    Research collaboration.

The BFWG gives grants in excess of £300,000 a year for all types of research to women at postgraduate level.
Cynthia Burek, Professor in Geoconservation at the University and Co-ordinator of International Relations for BFWG, said: “Often these are women who through no fault of their own are unable to complete their PhD without further financial assistance.

“The University, which is working towards its Athena Swan Bronze medal, recognises the importance of female contribution to research and is pleased to endorse this collaboration.

“This is the start of something, which we will hope will enhance and grow the recognition of women’s contribution to research, especially scientific research, across the world.

Jenny added: “I’m particular delighted to leave such a positive and fitting conclusion to my term of office.”
Established in 1839 the University of Chester is one of the longest-established English higher education institutions of any kind, pre-dating all but Oxford, Cambridge, London and Durham. Its original buildings in the ancient city of Chester were the first in the country to be purpose-built for the professional training of teachers. 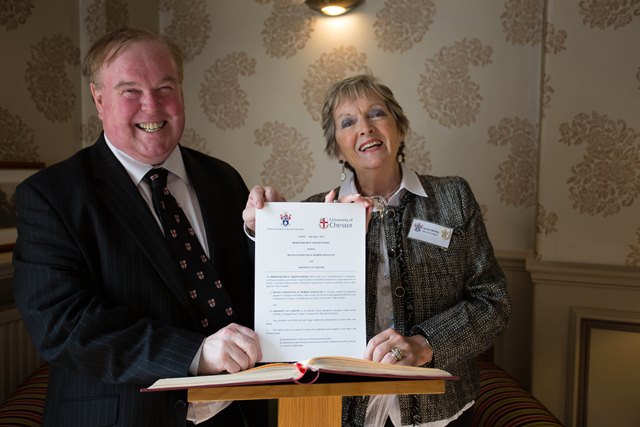 Professor Tim Wheeler, Vice-Chancellor of the University of Chester and Jenny Morley, President of BFWG with the signed copy of the Memorandum of Understanding 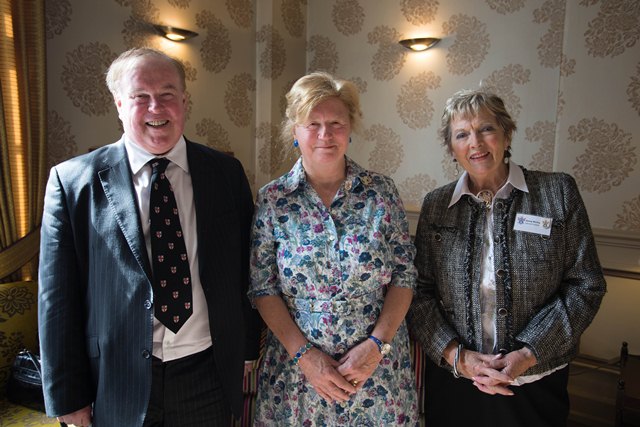 Professor Tim Wheeler, Vice-Chancellor of the University of Chester, with Professor Cynthia Burek, Professor in Geoconservation at the University and Co-ordinator of International Relations for BFWG, and Jenny Morley, President of BFWG