International Day: A follow-up meeting on Resolutions from the IFUW Conference

It was again a successful International Day meeting on 26th October when thirteen members gathered at Head-quarter to discuss and adopt the resolutions to work on from the IFUW Triennial Conference at Istanbul. 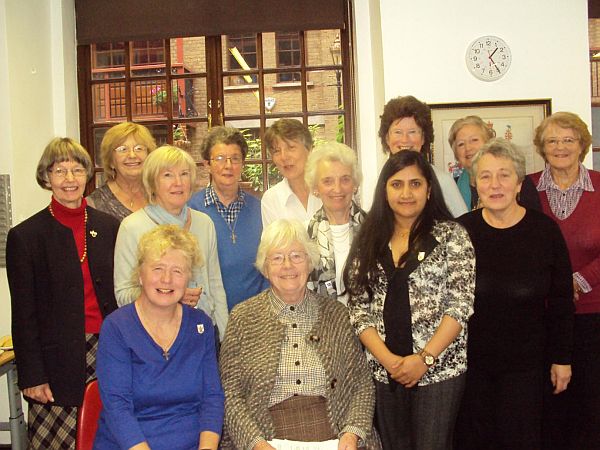 The morning session was started by our CIR, Cynthia Burek, with a ‘pictorial journey’ of Istanbul visit followed by a brief introduction about the conference, its focus on human rights and education, workshops and visits; including one to the Court of Justice. All speakers at the conference were very good.

Cynthia highlighted IFUW’s pledge to use education and friendship to combat violence, its contribution to empower women researchers by awarding scholarships and elaborated the achievements of the grants giving Committee. A comparative study of 2008 and 2011 awards by power point presentation with charts and graphs highlighted that UK is the most popular International destination amongst the award winners! Short case stories of 2010-11 IFUW scholarship winners were presented following the information about the next competition in 2014-15. We were informed that the grant has been stopped to any Masters and Post-doctoral studies and is only awarded to PhD students. A 2011 survey of NFAs (covered 2 years 2009-10 with response from 15 countries) revealed that a total of $5 million were granted, which included the IFUW grants.

Session was then handed over to Margaret Tait who briefed us about the new IFUW board. Margaret informed us that capitation fees will not be raised for the next triennium. This is good news! Also, for the future of IFUW, Project 1 (to retain the office in Geneva) was passed at the conference. However, there is a possibility that the suggestion in Project 2 to have professional conference organisers and alternative sessions may be adopted. Elizabeth Poskitt suggested that a local award during the IFUW Conference for the hosting country should be introduced along the lines of BFWG Research Presentation Day. Margaret initiated an open round of discussion to gather feedbacks, questions or any suggestion for the new IFUW board and its working. IFUW Centenary celebrations in 2019 were discussed before the members broke for lunch. A working lunch was a great window for all to catch up on some other aspects of life and have one to one chats.

The afternoon session was mostly focused on resolutions. All 12 resolutions from the conference were discussed one by one and everyone agreed to work on resolution 7 – ‘Right to Safe Access to Education for All Girls and Women’ (proposed by BFWG and passed at Conference) with a particular focus on Afghanistan. Cynthia gave a detailed report through slide shows about the current status of education of girls in Afghanistan and what we as an organisation and individuals can potentially contribute at primary, secondary and degree levels. Key obstacles viz. poverty, early marriage, insecurity, long distance to school, lack of family and community support etc. to girl’s education in Afghanistan were discussed. A video of Dr Sima Samar (Chairperson of the Afghanistan Independent Human Rights Commission) on Afghan women was very informative as well as inspirational for all of us who are ready to help them through various means. All presentation slides and links are available to access here on BFWG website.
As the discussion progressed to its end, conclusion was drawn over three key action points:

Also, members agreed to celebrate ‘Afghan Study/Workshop Day’ sometime during spring (date to be confirmed depending on the availability of the speaker) and planning to invite Dr Sima Samar for a talk together with someone who can speak about the history of Afghanistan. LAs can organise a meeting to discuss this further. A suggested reading list prepared by Canadian Federation can be useful for local book groups. 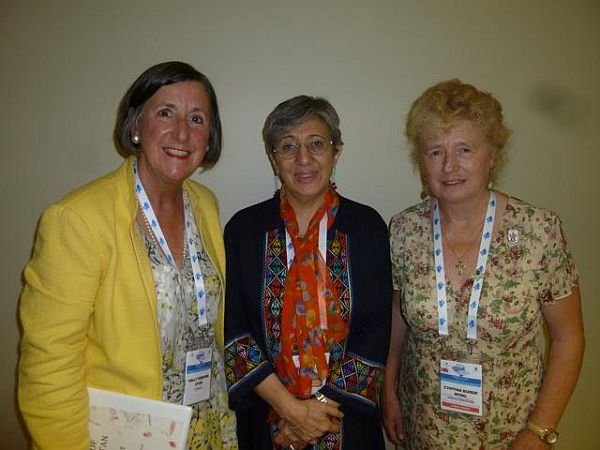 From L to R – Hally Siddons, Dr Sima Samar and Cynthia Burek at the workshop on Afghanistan during Istanbul Conference (Photo: Margaret Tait)

Members emphasised that the time has come to include new type of events to make our calendar richer and solicit participation of more members. The meeting which had progressed at a steady pace concluded with some concrete action points to take things forward. Thanks to all attendees for your valuable presence.