The impact of human disturbance on the African red colobus monkeys: a multi-scale and multi-species approach.

The moralising world on a sheet: the invention, rise, and dissemination of the venetian moralising print in the second half of the sixteenth century.

Russian Military Strategy and the Entente in the First World War, 1914-17.

M H Joseph Prize: Catherine Richards
Department of Engineering, University of Cambridge
For research into The existential threat of climate change, societal collapse as a novel lens for tangible communications and risk-based prioritisation of interventions.

Ruth Bowden Prize: Elizabeth Evens
Institute of the Americas, University College London
For research on Professional women and the surveillance of female reproduction and sexuality in the later nineteenth and early twentieth centuries..

Margaret B Day Prize: Daniela Köck
Department of Physics & Astronomy, School of Mathematical &Y Physical Sciences, University of Sussex
For research into The search for supersymmetry at ATLAS in final states with tau leptons.

Margaret B Day Prize: Tahmida Huq
Department of Materials Science and Metallurgy, University of Cambridge
For research on Developing next generation non-toxic layered and 2-dimensional materials for photovoltaics.

Eila Campbell Prize: Sarah Tingey
School of Geographical Sciences, University of Bristol
For research on The potential of glacial flour as a novel soil amelioration strategy.

Johnstone & Florence Stoney Prize: Azul Zorzoli
Molecular Biology Division, School of Life Sciences, University of Dundee
For research on The role of rhamnosyltransferases in the biosynthesis of Streptococcus pyogenes’ Group A carbohydrate.

Betty Heinemann Prize: Olga Burkhardt-Vetter
School of International Relations, University of St Andrews
Towards the ethics of response: healing and reconciliation after mass atrocity and genocide in the cases of Distomo and Auschwitz-Birkenau.

Margaret K B Day Prize Magda Bujar
Department of Life and Medical Sciences, University of Hertfordshire Development and evaluation of a framework for improving the quality of decision making during medicines’ development, regulatory review and reimbursement

Eila Campbell Prize Ann-Christin Wagner
Department of Social Anthropology, Edinburgh University From waiting for the bus to Waiting for Godot: an ethnography of the relationship between waiting and displacement among Syrian refugees in Malfraq, Jordan

J Barbara Northend Scholarship Sangseraima Ujeed
The Oriental Institute, University of Oxford Mapping the lineages of Tibetan Buddhism: study of the Thob yig gsal ba’i me long (“The clear mirror of the records of teachings received”) of Za-ya Pandita Blo-bzang’phrinlas

Beryl Mavis Green Scholarship Penelope Barter
School of Divinity, University of St Andrews Ezekiel 20 and the composition of the Torah

Beryl Mavis Green Scholarship Emma Login
Institute of Archaeology & Antiquity, University of Birmingham A comparative study of war memorial processes from 1860 until the present in the UK, France and the USA

Kathleen Hall Fellowship Emma Lochery
Department of Politics and International Relations, University of Oxford Business and state-making in Somaliland’s utility sector: a case study of the water and electricity sectors

Elen Wynne Vanstone Scholarship Emma West
Department for Critical and Cultural Theory, School of English, Communication & Philosophy, University of Cardiff The highs and lows of modernism – a cultural deconstruction It is regretted that Emma West was omitted from the list printed in the Autumn edition of BFWG News.

Nancy Edwards Scholarship Mary Robb
School of Humanities and Social Sciences, Department of Music, University of Edinburgh Outside the Academy: the music of Miriam Gideon during the Cold War

Eila Campbell Scholarship Vanesa Pesque Cela
School of Oriental and African Studies, University of London. The rise of self governing social organizations and the provision of public goods in rural China.

1993 Jane Finlay Scholarship  Prof Wendy Chan Professor of Sociology, Simon Fraser University, Canada
"I  am honoured to have been a BFWG scholarship recipient during my post-graduate studies at Cambridge University. The award provided vital support during my time in the UK. As an international student, tuition and living costs can add up substantially, therefore, without financial support, the ability to complete my studies would be more challenging. With the support of the BFWG, I completed my PhD in Criminology at Cambridge and started a career in academia. One of the important aspects of the funding I received from the BFWG is the recognition of my research on domestic homicides and the legal treatment of battered women who kill their spouses in the UK. It is not always easy to carry out research on controversial issues and it was reassuring to know that the BFWG supported my work. My doctoral dissertation was eventually published as a book titled Women, Murder and Justice in 2001 by Palgrave Press, UK. Since completing my post-graduate work, I returned to Canada to pursue an academic career. Upon leaving Cambridge, I held a tenure-track post at Saint Mary’s University in Halifax and then three years later, returned to the west coast of Canada to be closer to my family. I currently hold a Professorship in Sociology at Simon Fraser University in Vancouver, Canada. My research continues to examine issues of gender, race and class in the criminal justice system. I have published three other books along with a wide range of journal articles and book chapters. I am currently working on a number of different research projects that examines the criminalization of marginalized groups in the context of the welfare state, mental health, immigration and in the media. I teach in the areas of gender, social control and immigration, and I supervise graduate students working on a variety of social justice-related topics. I am currently co-Director of the Feminist Institute for Studies in Law and Society and co-Team Leader at the Center for the Study of Gender, Social Inequities and Mental Health at Simon Fraser University 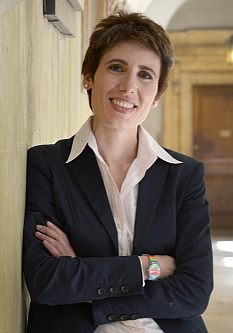 I hold a Ph.D. in Philosophy from the University of Edinburgh and the equivalent of a MA (Laurea) in Philosophy from the University of Pisa, Italy. I have been an Official Fellow of Corpus Christi College, at the University of Oxford, since 2011. Before that, I was awarded a British Academy Post-doctoral Fellowship in Philosophy, which I held as a Junior Research Fellow in Corpus (2008-2011). My first appointment was a Lectureship in the Faculty of Philosophy, at Oxford, and in Corpus Christi College (2007). I have edited three volumes and have one monograph forthcoming, and have authored a variety of articles and book chapters in my areas of research: ancient and contemporary metaphysics, the philosophy of mind and the philosophy of religion.

I have held visiting fellowships in Germany, Australia, and Italy. I have been the recipient of major research awards from the Templeton World Charity Foundation (2012); from the European Research Council (2010); from the Leverhulme Trust (2008). My training in philosophy in Italy was focused mainly on the study of the history of ideas.  When I started my graduate studies at the University of Edinburgh I needed to learn a new analytic methodology (in a foreign language), as well as new philosophical material.

The Scholarship I received from the Federation allowed me to take a fourth year to complete my doctorate - this fourth year was crucial for consolidating my analytic philosophy training, and allowed me to publish even before the submission of my thesis. I thus entered the next stage of my academic career in a stronger position than if I had to hurry to finish my thesis within three years; and my first appointment was a lectureship at the University of Oxford.

2005 Mary Bradburn Scholarship Dr Camille Szmaragd  Research Associate, School of Veterinary Sciences, University of Bristol
I would like to thank you for supporting me through a BFWG scholarship which helped me through the last year of my PhD. Thanks to your support, I was able to complete my PhD successfully and I received my doctorate within the 3 years. In particular, the extra funding provided by the BFWG enabled me to reduce my teaching load in the final year to concentrate fully on my research. Following the completion of my PhD in Genetics (in Cambridge), I worked for two and a bit years at the Institute for Animal Health in Pirbright, Surrey, developing epidemiologic models of transmission of bluetongue disease through British livestock.

These models were particularly influential in the management of the bluetongue epidemics which affected the UK in 2007-2008. I was also closely involved in the working group which designed the control and prevention strategy against bluetongue in Scotland. At the end of 2008, I moved to the Southwest of England and started working at the School of Veterinary Sciences, University of Bristol.

My research since then has involved investigating risk factors involved in the transmission and persistence of bovine tuberculosis in the Southwest of England.  I am currently working as part of a team developing a new and exciting statistical software engine, Stat-JR, which aims to provide social and natural scientists a more intuitive environment for analysing complex datasets and fitting advanced statistical models. I would like to reiterate my very sincere gratitude to BFWG for awarding me The Mary Bradburn Scholarship as without it I will probably not be where I am now. 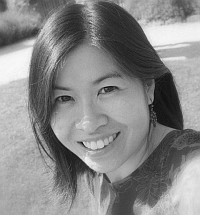 From 2009-2012 I was a post-doctoral fellow in politics and international relations at Exeter College, Oxford, before taking up the post of Lecturer in the Department of War Studies at King’s College London in 2012. After I received the BFWG scholarship, I spent a year on exchange at Yale University, then won a fellowship to the Department of Foreign Affairs in Canada, and then returned to the UK to take up a junior research fellowship in Oxford. My DPhil, which the BFWG scholarship supported, was on Extralegal Groups, Natural Resources, and Statebuilding in Post-Conflict Liberia. I maintain broad research interests in post-conflict transitions, peacekeeping, organized crime, corruption, and African politics.

Recently, I published a co-edited volume entitled Corruption and Post-Conflict Peacebuilding (Routledge, 2011) as well as other book chapters related to this theme. I am currently working on a book manuscript that builds on my dissertation on extralegal groups. Hopefully soon I will also have a book contract! My next project will be on the evolution of anti-corruption norms. Perhaps of interest to BFWG members, I also have a separate (and slightly indulgent) research interest on women in politics. I co-authored a journal article showing that political candidates are more likely to be female if the local party gatekeeper is also female. You would think that this would be a somewhat obvious result- but proving that this is so is harder than you might think!

The article was published in Political Research Quarterly and is entitled: Informal Influences in Selecting Female Political Candidates. In the last two years, I have also begun to blog and tweet about international affairs. My commentaries have appeared in the Wall Street Journal and al Jazeera, and I have spoken about African politics (on TV and radio) for a number of media outlets including the BBC and Radio France International. During this time I also had a son. He was born while I was on exchange at Yale. He is now three and a half years old.