It was a bright autumn morning as I travelled to London to attend my first Westminster seminar. On arrival, the Banqueting House in Whitehall was our first destination. This imposing building dates back to 1622 and was designed and built by Inigo Jones in the Italian Renaissance Palladian style during the reign of James 1. 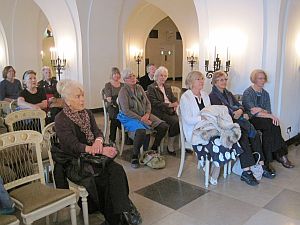 Our tour started in the undercroft, a smaller, more intimate space originally designed as a drinking den for James 1. After watching a short film we headed up the staircase and entered the main hall, a vast double storey height room surrounded by soaring Roman columns and simple bench seating, with a large red canopied royal throne at the far end. The only other items of furniture were three mirror topped tables and several large bean bag seats. 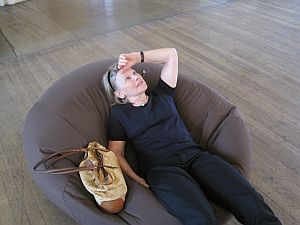 It soon became apparent why these were necessary as the main feature of the room was a magnificent painted ceiling. 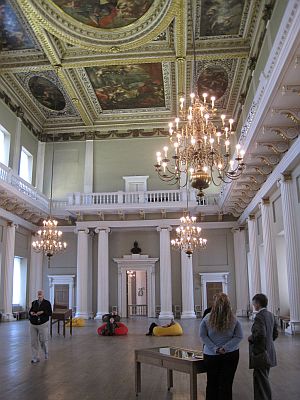 Commissioned by Charles 1 to glorify the monarchy, it was painted by Rubens and we were fascinated to learn that this would have been one of the last things Charles 1 would have seen prior to his execution on 30th January 1649. Apparently he walked across this hall, out on to an external platform and was beheaded to the sound of a dismal and universal groan from the crowd, who until that moment had not believed that the Parliamentarians would actually execute the king.

To quote the brochure, ‘The breathtaking canvases have survived flooding, fire and war and it is nothing short of a miracle that you can still enjoy them in their original setting, just as kings, queens and courtiers have done for the past 400 years’. It seems amazing to me that this ornate ceiling was not destroyed by Oliver Cromwell during the years that followed the Civil War and if you have never seen it then I do think it is well worth a visit. 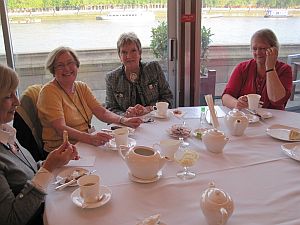 Afternoon tea was a delightful affair served in the Cholmondeley Room at the House of Lords Terrace. Delicate sandwiches, delicious cakes and scones with jam and cream were served as we chatted and enjoyed the view out to Westminster bridge, the London Eye and across the River Thames glinting in the soft October sunshine.